Quick-Step Floors Cycling Team is a World Tour cycling team established in 2003 and based in Wevelgem, Belgium, a city that’s iconic for Flemish cycling. Currently made up of 27 riders from 13 different countries, Quick-Step Floors has built an extraordinary reputation over the years, becoming one of the most successful squads in history. 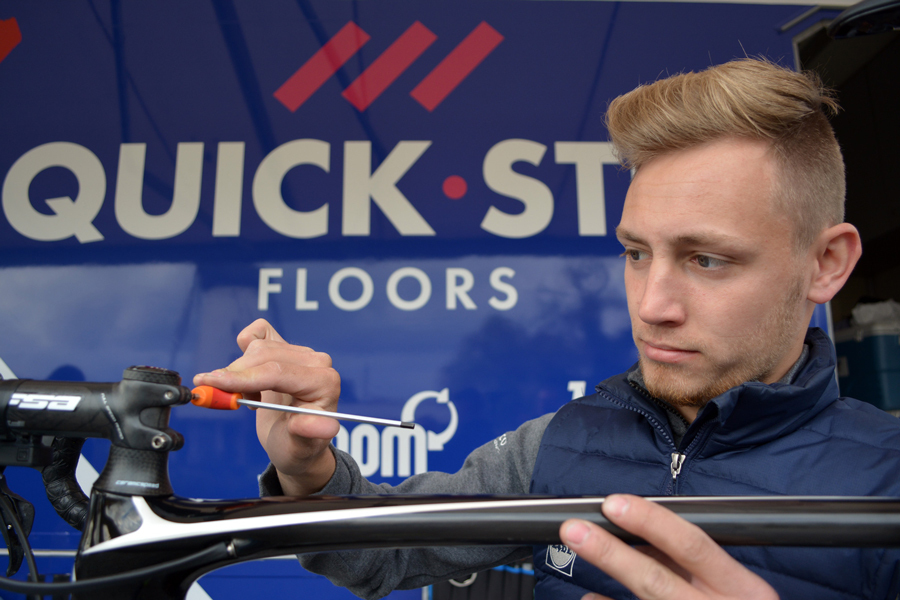 In 2017, Quick-Step Floors was the most successful team in the world for the sixth year in a row, amassing 59 victories (56 in UCI races). Current top riders for the team are sprinters Fernando Gaviria (winner of four stages and the cyclamen jersey at the Giro d’Italia), Elia Viviani (Olympic Omnium Champion), four-time Monument winner and 2012 World Champion Philippe Gilbert, Niki Terpstra (winner of the 2014 Paris-Roubaix), Zdenek Stybar (2015 Strade Bianche victor), Luxembourg Champion Bob Jungels, best young rider of the past two Giro d’Italia editions, and Julian Alaphilippe, the only rider in history to win the green and white jerseys at a single Paris-Nice edition.